Serum cholinesterase is a blood test that looks at levels of 2 substances that help the nervous system work properly. They are called acetylcholinesterase and pseudocholinesterase. Your nerves need these substances to send signals.
Acetylcholinesterase is found in nerve tissue and red blood cells. Pseudocholinesterase is found primarily in the liver.[1]
WHY DO WE GET IT TESTED?
To determine if you have been exposed to and/or poisoned by certain organophosphate chemicals found in pesticides; to monitor cholinesterase levels if you work with pesticides
Sometimes to identify individuals with inherited pseudocholinesterase deficiency before they are given anaesthesia with the muscle relaxant succinylcholine or to help determine the cause of prolonged apnea after surgical anaesthesia
When To Get Tested?
When you have symptoms of pesticide poisoning or on a regular basis when you are at risk of exposure to organophosphates, such as through work in the agriculture industry and/or frequent use of organophosphate insecticides
When you or a close relative have experienced prolonged apnea and muscle paralysis after use of the drug succinylcholine for a surgical operation
Sample Required?
A blood sample was drawn from a vein in your arm

Two non-conventional actions of vitamin d are one majority of immune cells are demonstrated using vitamin d receptor and the 2nd one states that the active vitamin D metabolism is used by the immune cells to convert 25(OH)D3 into 1,25(OH)2D3 in its vigorous form.

VDR and vitamin D are the root cause of autoimmunity and an anti-inflammatory effect that promotes dendritic cell and manage T - cell differentiation along with the depletion of T helper Th 17 response and inflammatory cytokines secretion. This research article summarizes data clinical observation on the potential immunomodulating properties of vitamin d.

Vitamin d is well known for the modulation of calcium phosphate homeostasis and have authority over bone turnover. Vitamin d plays a vital role in skeletal health during growth and in adult age, vitamin d leads to rickets in children and osteomalacia and osteoporosis in adults. Decreased amount of vitamin D leads to brittle bones leading to fraction bones. Vitamin D in the human body is mainly derived from the skin after UV light exposure and from a dietary source. Vitamin d is derived from 7-dehydrocholesterol, which is converted in the skin by ultraviolet light D originates from the skin and around 10% from food intake.

The vitamin D enters through lymph or skin and is cleared by the liver. Though the unregulated 25 hydroxyvitamin D(25(OH)2D; calcidiol) is formed due to a cytochrome P450 enzyme mainly the CY2R1 in the liver; pre calciferol is rapidly hydroxylated by the 25 hydroxylase.[1] 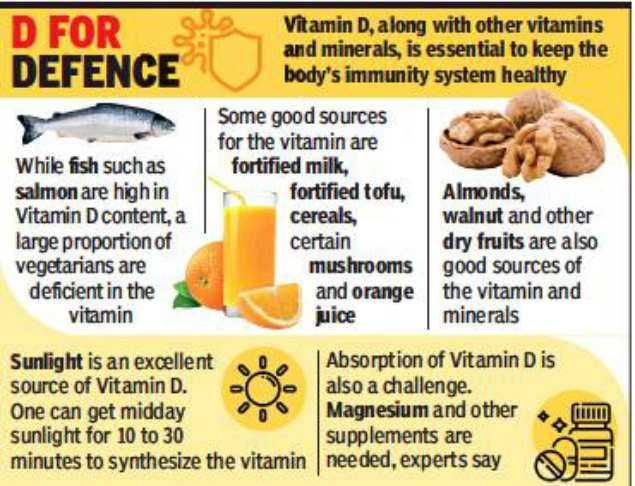 Modified Citrus Pectin (MCP) is an altered form of pectin with shorter carbohydrate chains and is claimed to be better absorbed by the body. Preclinical studies suggest inhibitory effects with pectin in the colon, breast, liver, and lung cancer cell lines.[1]

A modified polysaccharide is derived from citrus fruit peel that has shown antimetastatic properties in many cancers, including breast cancer. MCP is thought to reduce metastatic potential by inhibiting galectin-3, blocking the “loss of anchorage” phase of metastasis (anoikis). Here we assessed the proliferation and migration of two breast cancer lines: MCF-7, a hormone-receptor-positive line, and HCC1806, a TNBC line, with and without MCP using an impedance-based scratch assay. Migration represents a critical factor in the metastatic cascade and a proxy for metastatic potential.
Impedance-based assays offer a sensitive, label-free, and non-destructive method to monitor cancer cells in real-time continuously, allowing assessment of both the kinetics and degree of migration after scratch.[2]

Radiotherapy is one of the primary therapies for localized prostatic carcinoma. Therefore, there is an emerging need to sensitize prostate cancer cells to chemotherapy/radiotherapy. Modified citrus pectin (MCP) is an effective inhibitor of galectin-3 (Gal-3), correlated with tumour progression, proliferation, angiogenesis, and apoptosis.

Prostate cancer (PCa) is the most diagnosed noncutaneous malignancy and the third leading cause of cancer-related deaths in men after lung and colorectal cancer.1 The PCa disease varies from a dormant localized state to a highly invasive tumour that metastasizes preferentially to bones like other epithelial cancers such as breast and lung cancers. Conventional treatment modalities for PCa are radiotherapy, radical prostatectomy, androgen deprivation, and chemotherapy. Ionizing radiation (IR) damages tumour cells’ DNA directly by single and double-strand breaks or indirectly by reactive oxygen species (ROS), which causes injury to biomolecules, including DNA.2 A significant obstacle to IR therapy is that a maximum amount of radiation can be safely administered.

What is a comprehensive metabolic panel?

A comprehensive metabolic panel (CMP) is a test that measures 14 different substances in your blood. It provides important information about your body's chemical balance and metabolism. Metabolism is the process of how the body uses food and energy. A CMP includes tests for the following:-

Glucose, a type of sugar and your body's main source of energy.
Calcium, one of the body's most important minerals. Calcium is essential for the proper functioning of your nerves, muscles, and heart.
Sodium, Potassium, carbon dioxide and chloride. These are electrolytes, electrically charged minerals that help control the number of fluids and the balance of acids and bases in your body.
Albumin, a protein made in the liver.
Total protein, which measures the total amount of protein in the blood.
ALP (alkaline phosphatase), ALT (alanine transaminase), and AST (aspartate aminotransferase). These are different enzymes made by the liver.
Bilirubin, a waste product made by the liver.
BUN (blood urea nitrogen) and Creatinine, waste products removed from your blood by your kidneys.
Abnormal levels of any of these substances or a combination of them can be a sign of a serious health problem.
Other names: chem 14, chemistry panel, chemistry screen, metabolic panel
A CMP is used to check several body functions and processes, including:
Liver and kidney health
Blood sugar levels
Blood protein levels
Acid and base balance

A CMP may also be used to monitor the side effects of certain medicines.
A CMP is often done as part of a routine checkup. You may also need this test if your health care provider thinks you have liver or kidney disease
A health care professional will take a blood sample from a vein in your arm, using a small needle. After the needle is inserted, a small amount of blood will be collected into a test tube or vial. You may feel a little sting when the needle goes in or out. This usually takes less than five minutes.
You may need to fast (not eat or drink) for 10–12 hours before the test.
There is very little risk to having a blood test. You may have slight pain or bruise at the spot where the needle was put in, but most symptoms go away quickly 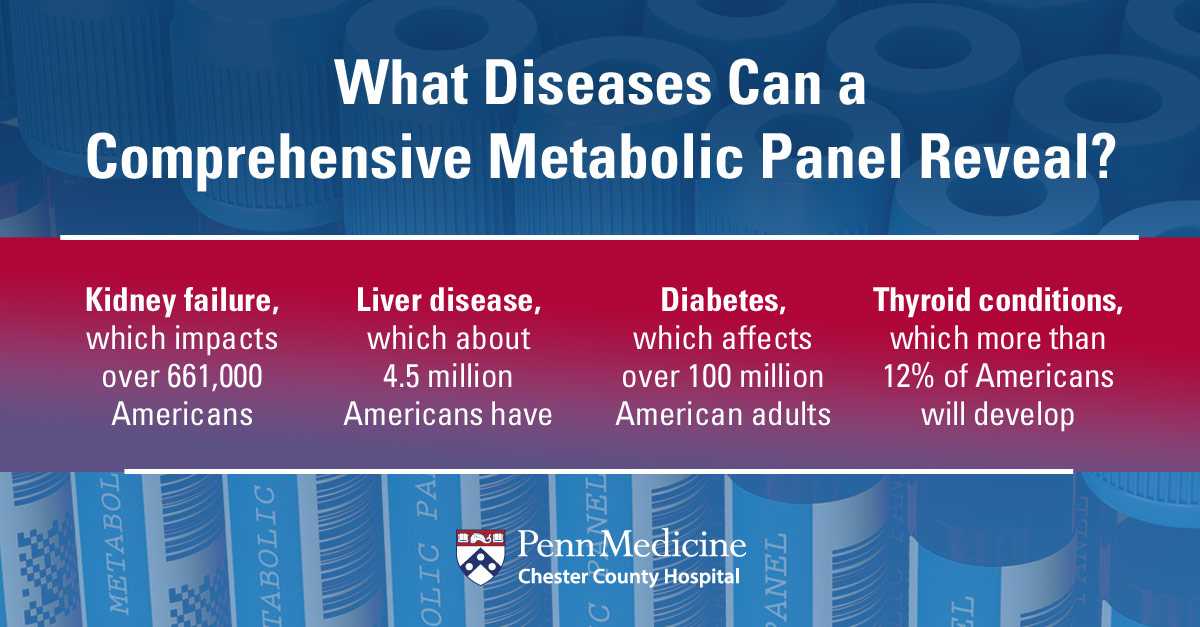 
Saw palmetto (Serenoa repens) is a type of palm native to the southeastern United States. The berries of the plant are commonly used in supplements to improve prostate health, balance hormone levels, and prevent hair loss in men. Saw palmetto, also known as Serenoa repens or Sabal serrulatum, is a herb that is most commonly used to treat problems related to benign prostatic hyperplasia (BPH). The medicinal element of saw palmetto is taken from the partially dried ripe fruit of the American dwarf palm tree, which is indigenous to the coastal regions of the southern United States, from the Carolinas and Florida to California

It’s also associated with other benefits, including decreased inflammation and improved urinary function.

It has 5 promising benefits which are as follows-


It helps in the stimulation of hair growth by balancing hormone levels. According to one review, saw palmetto may help block the activity of 5-alpha reductase (5a -r), an enzyme that converts testosterone into a hormone linked to hair loss called dihydrotestosterone. Another study in 62 adults showed applying saw palmetto topically for 3 months increased hair density by 35% 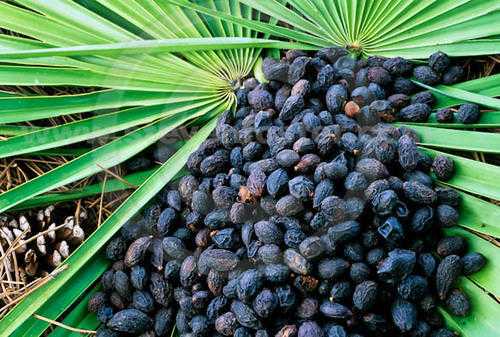 You have poked Akansha