Bodywork.:
A positive energy field exists in the right half of the body, whereas a negative lot exists in the left. The positive and negative poles on the body are represented by the fingers and toes, which correspond to Ether, Air, Fire, Water, and Earth. These positive and negative poles form energy zones in, around, and throughout the body constantly circulating.
Polarity therapists encourage the flow of energy and blockages by using a range of bipolar holds. Different sorts of pressure and shaking, vibration, and even sound may be used in the treatment. The method is similar to reflexology and cranial sacral procedures. Polarity therapy is a form of energy healing. It involves the body releasing blocked energy that animates the physical body (life). The concept of nutrition, exercise, and counseling can improve your health by eating well and exercising.

Excercise:
Dr Stone noticed that movement could heal the body by releasing blocked energy and constraints (matter). One frequent polarity therapy activity is to squat and softly rock, which opens the pelvic outlet and releases energy in the neurological system. Many of the stretches and activities used by Dr Stone are not directly from the yoga tradition, such as gently rocking to release energy.

Nutrition:
Its energy determines the nature of matter. Similarly, the point in our meals indicates the food's composition. When treating a problem, foods with the opposite nature will improve it, whereas those with the exact nature will worsen it. Ayurveda and TCM both understand the importance of nutrition and the ability of food to alter physical conditions. The body will seek certain things that it needs, but it is critical not to overeat since this will destabilize the system.
The theory that potatoes are highly alkaline and draw out acid irritations with external treatment is one example of polarity therapy.
people can use them for several purposes, including Colds, Problems with the Sinuses, Hay Fever, is a common ailment that affects, Asthma

Counseling
Dr. Stone realized that our thoughts shape our world. Stone saw therapy as an essential aspect of one's overall health, including various principles like tolerance, spirituality, and the pursuit of a greater calling. Even his work in polarity therapy was motivated by the desire to make significant advances in our understanding of the fundamental nature of man, health, and life. 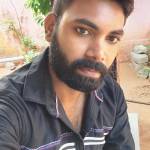 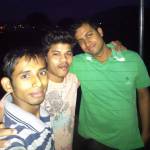